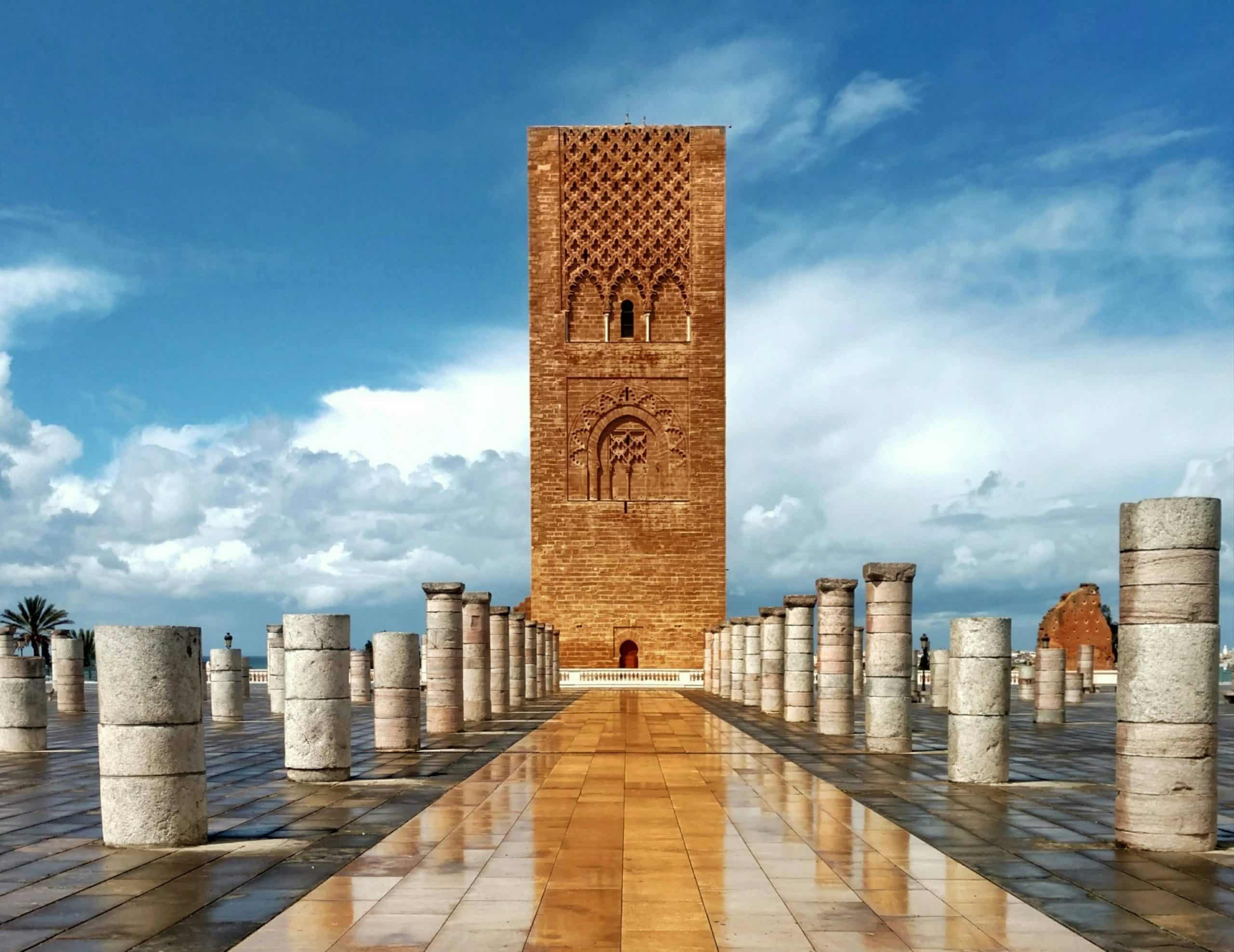 this Tour 6 Days Desert And Marrakech Tour from Rabat package will take you through Rabat to The Sahara Desert Of Merzouga and its Golden Dunes to spend a night under the most Magical Starry sky then to the Atlas Mountains, Ait Benhaddou Kasbah World heritage and Dades Valley and Todgha Gorge. Morocco tour package 6 days 5 nights is best for those who wanted to explore the desert of Morocco for leisure; this is one of the most popular tourist circuits in Morocco. 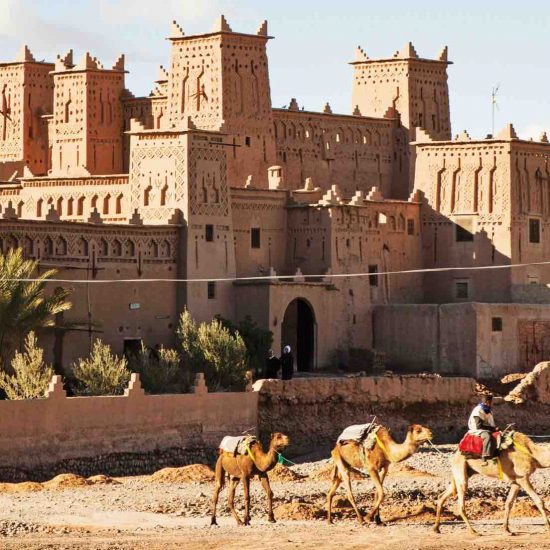 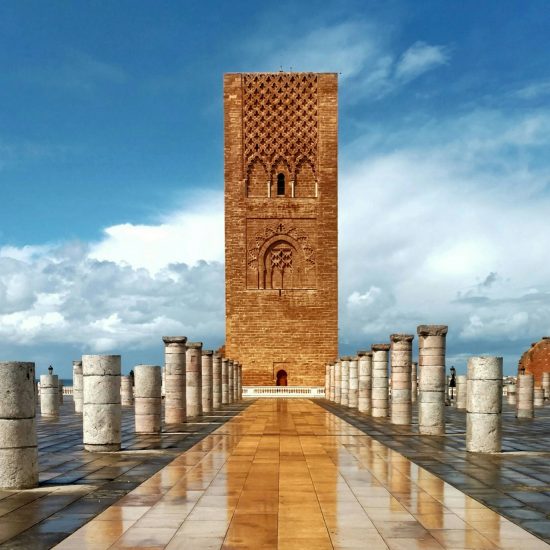 The 6 Days tour from Rabat starts when We will pick you up from Rabat Airport and transport you to your accommodation in Rabat. We’ll take you to see the Royal Palace, which is located at the end of the Mechouar, once you’ve settled in (a large parade ground). This palace, which was built in 1864, is the King of Morocco’s official residence. The fortified Oudayas Kasbah, Chellah Gardens, Hassan Tower, and the Mohamed V Mausoleum will also be visited. Dinner will be served at your Rabat hotel. Hotel/riad option :Riad Zyo Rabat / or Similar Meals: Breakfast
2

Following breakfast in your hotel, we will embark from Rabat for Fes. Before arriving at Volubilis, you will go to Meknes, one of the four Imperial cities, where you will see the famed El Hedim Square, the Sultan Moulay Ismail Mausoleum, and the Old Medina. Volubilis: We’ll stop along the way to see the Roman ruins at Volubilis. The remains remained mostly undamaged until an earthquake in the mid-eighteenth century. Destination Fez. Hotel/riad option : Riad Letchina/ or Similar Meals: Breakfast
3

Your journey continues after breakfast at your accommodation with an early departure from Fes. We will depart Fez for Ifrane, Morocco’s Little Switzerland, where we will make a detour to explore this fascinating city. The endangered Barbary Apes, which are actually monkeys, live in this beautifully landscaped cedar forest. As soon as you arrive. This will be an excellent opportunity to photograph Morocco’s forestry, the cedre forest, and wild monkeys in the Azrou Cedar Woods. Your lunch will be in a traditional restaurant in Midelt, the city of apples and minerals. We continue our 6 Days tour from Rabat to ziz valley where we will have a stop for taking pictures in ziz valley in a panoramic view. Then you’ll go to Erfoud to see the old date market and the fossil workers. Merzouga: You will be checked into your hotel for your accommodation(s) and dinner when you arrive in Merzouga. Hotel/riad option:Riad Azawad / or Similar Meals: Dinner and Breakfast
4

We continue our 6 Days tour from Rabat, In the morning, After a sunrise meal, we’ll break camp and ride our camels out of the desert, returning to our starting site. After that, you’ll return to the hotel for a shower and breakfast. Before beginning your journey back to Ouarzazate, get your bags. We will explore the irrigation canal in Jorf, then continue our journey to the Todgha Gorges, where we will stop to see the highest gorges in Morocco. Then we’ll travel through the Valley of Roses to a women’s cooperative where you can find a variety of rose products and bio. You will arrive in Ouarzazate in the afternoon. You will stay and eat in a hotel in Ouarzazate. Hotel/riad option:riad bochdor / or Similar Meals: Dinner and Breakfast
6

After your morning breakfast, we will visit Kasbah Taourirte and the Atlas & CLA Studios, which have produced several films and are known as the “Hollywood of Africa,” such as Lawrence of Arabia and Sahara… After that, we drive to Kasbah Ait Ben Hadou over the Tizi Ntichka pass, which is at an elevation of 2260 meters. Pay a visit to the UNESCO World Heritage Site. Ait Ben Haddou Kasbah is a magnificent fortified settlement. After we finish our journey, we will stop at Taddart for lunch in a panoramic restaurant in a Berber village. You will continue your journey to Marrakech after you have finished your meal. Once you arrive in Marrakech, You will be dropped off at your hotel and this will complete your 6 Days tour from Rabat . End our services. 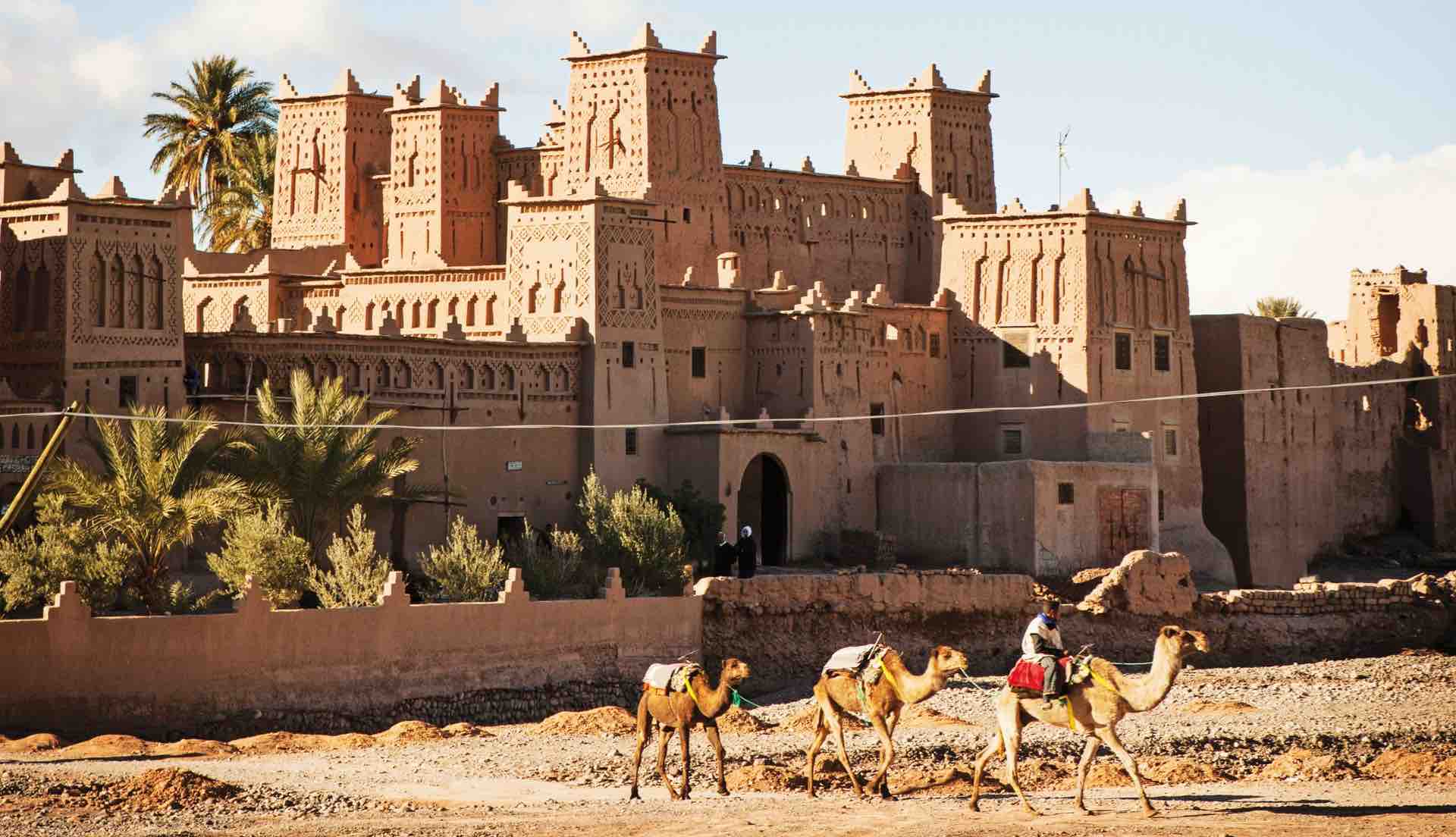 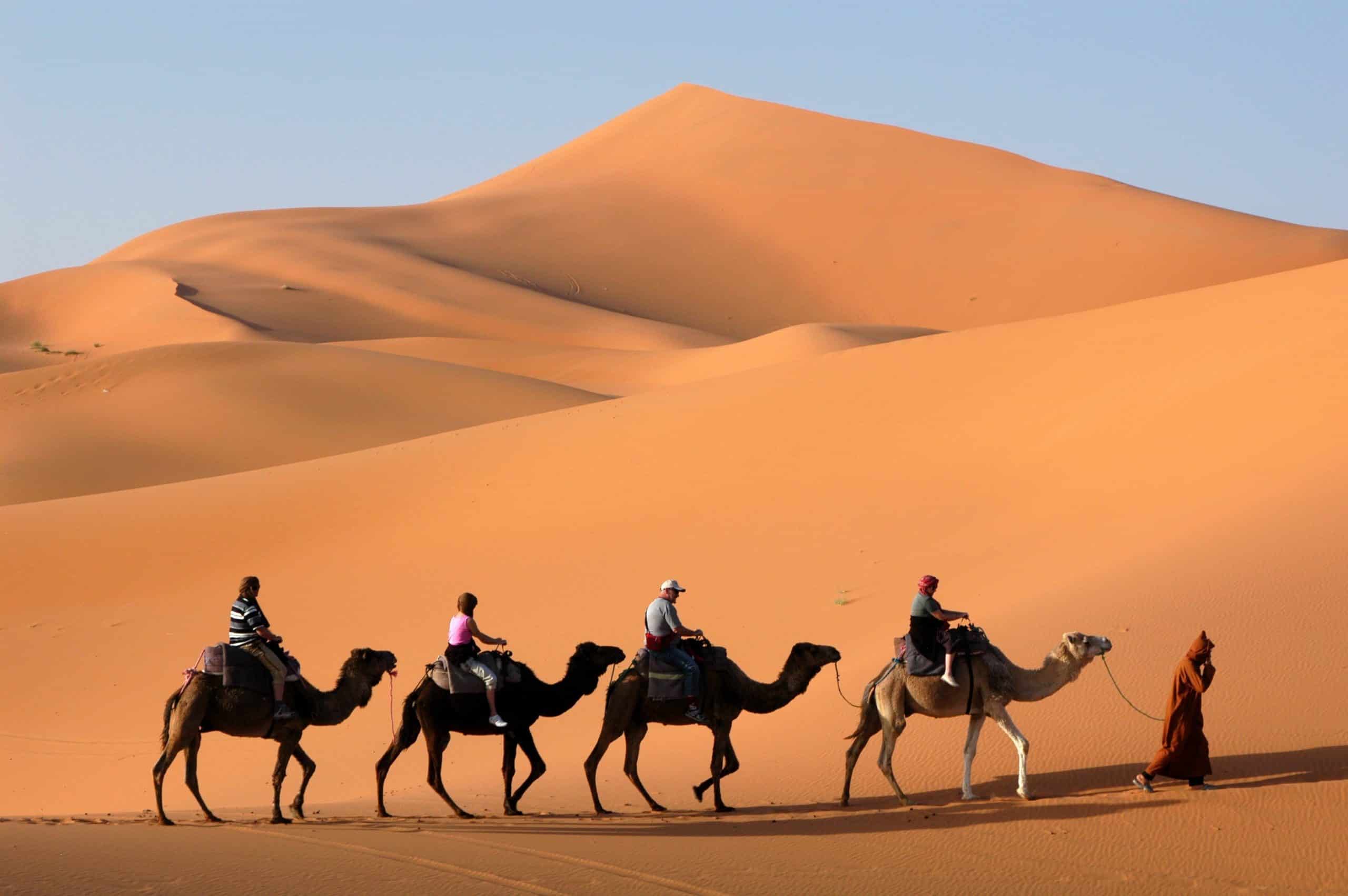 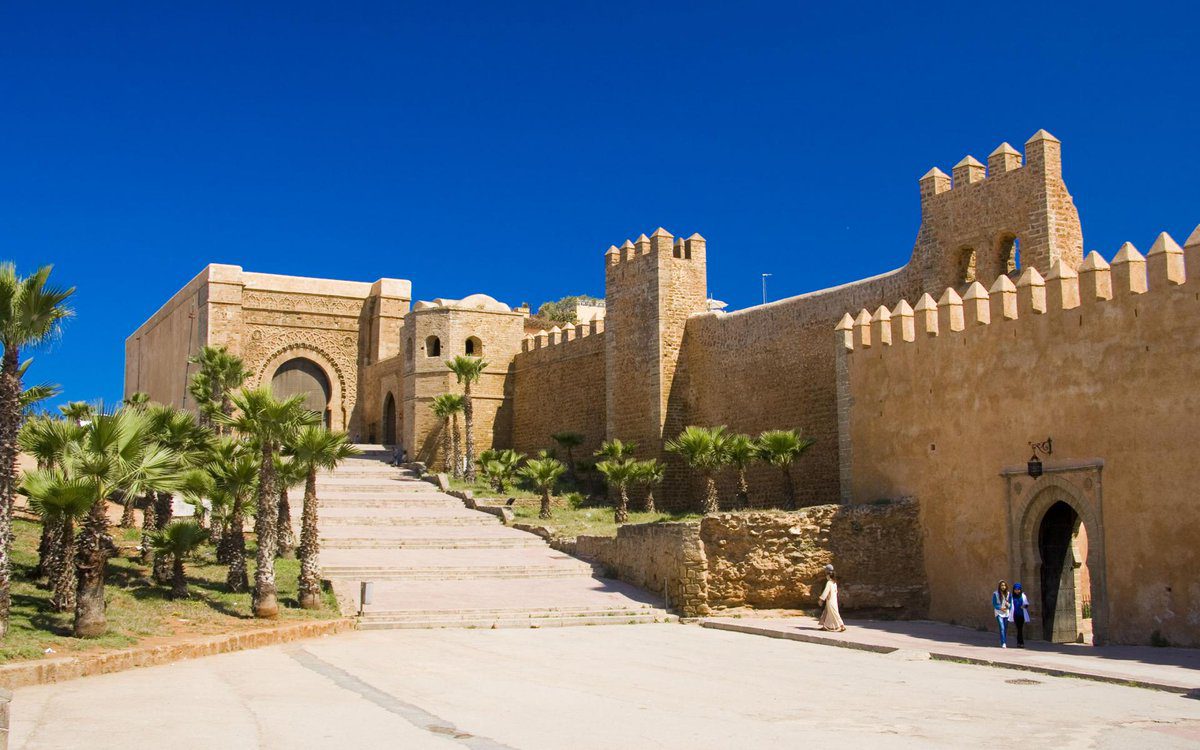 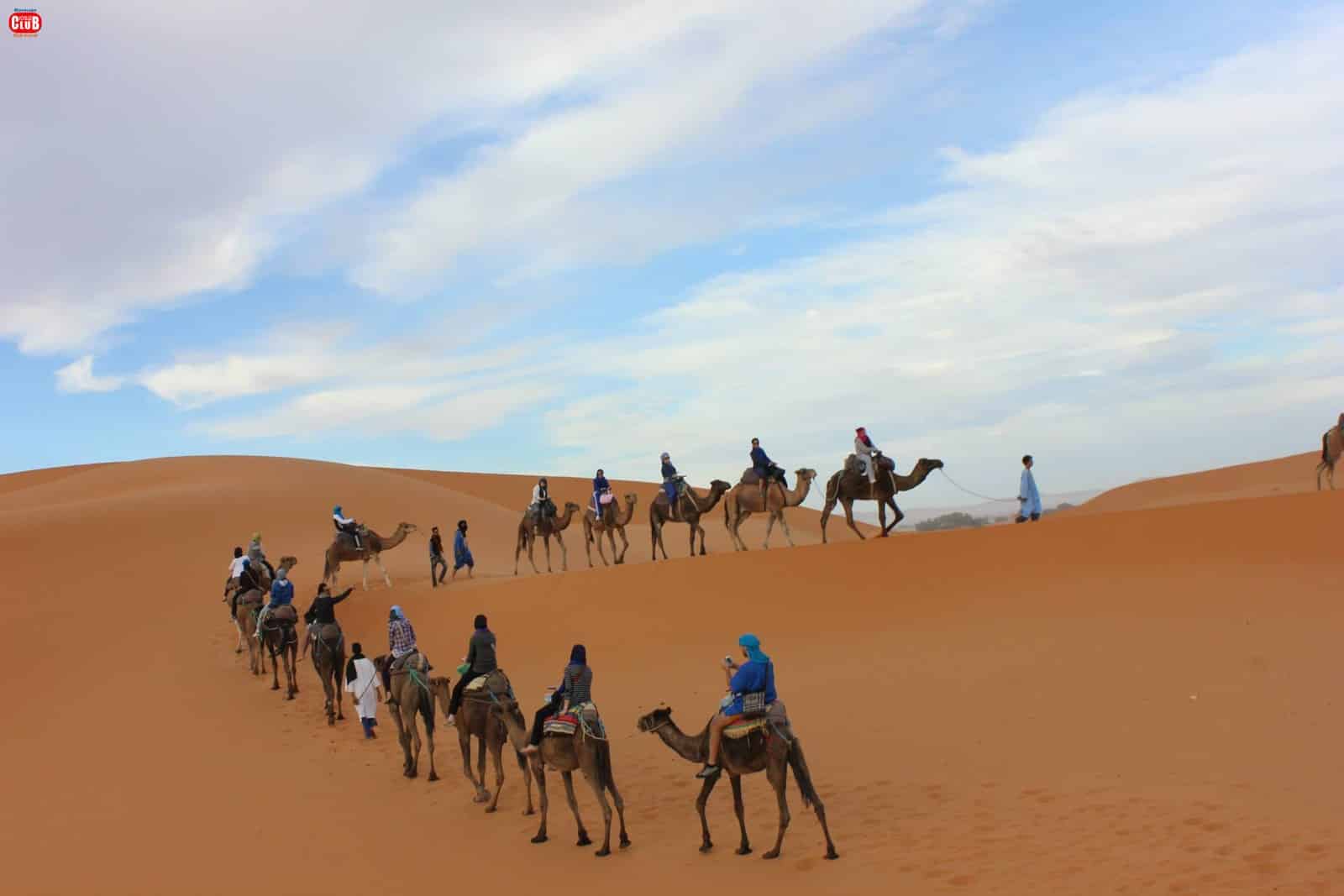 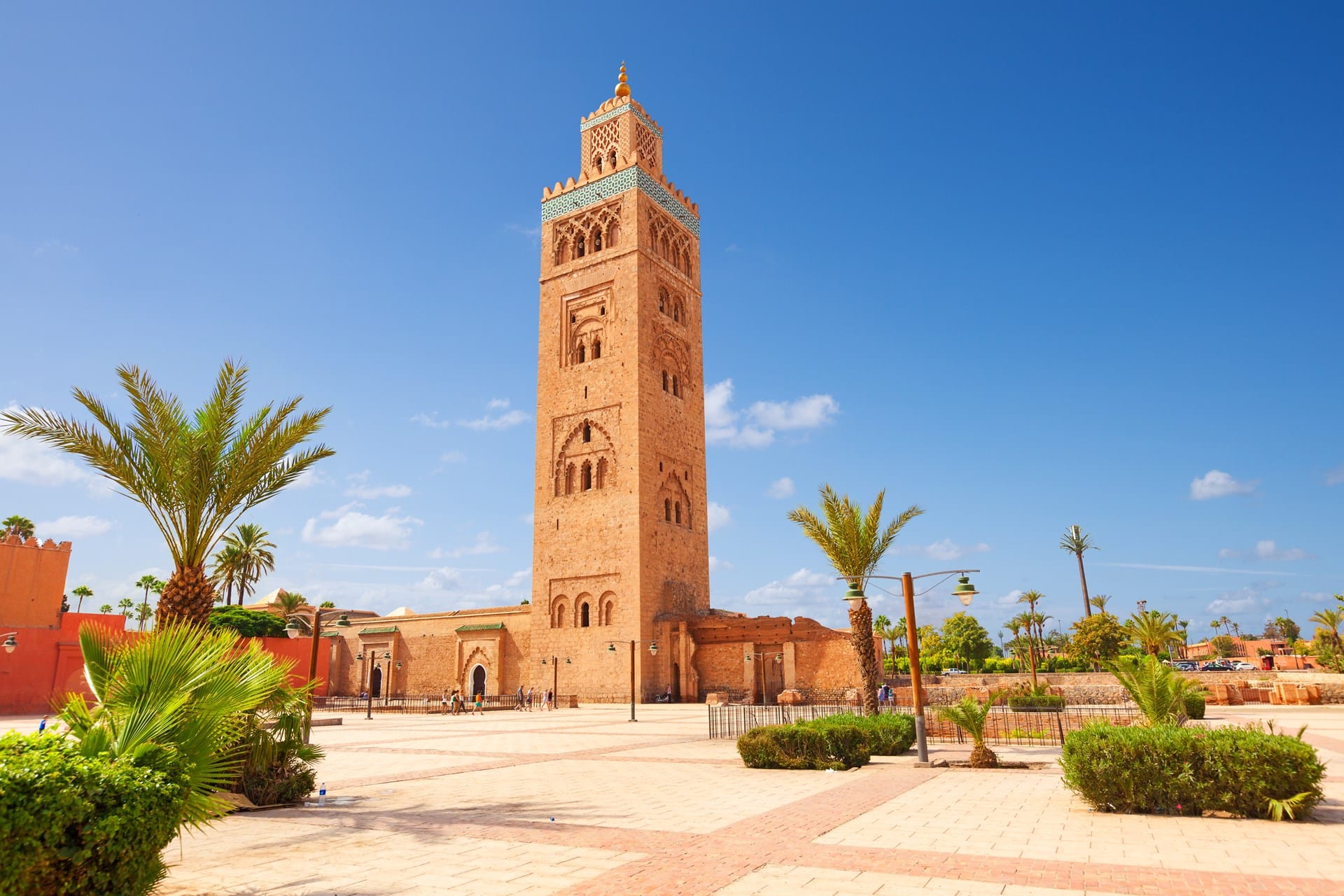